Charles Ives’ house to be demolished?

Beethoven, Bach manuscripts up for auction

Original manuscripts by Beethoven, Bach and Rameau are to be auctioned in October at Sotheby’s in Paris.

Just in: BBC signs another maestro

The BBC Symphony Orchestra announced that Semyon Bychkov would join their roster of conductors.

A New survey detects an increase in audiences of classical concerts.

The Welsh have launched an app to teach you how to sing their national anthem properly.

A guide to Olga Neuwirth’s music

Tom Service guides us through the music of Olga Neuwirth

Marvin Hamlisch, composer of The Sting and A Chorus Line, dies aged 68

The composer Marvin Hamlisch, who wrote the scores for films and shows including The Sting and A Chorus Line, has died in Los Angeles, aged 68. 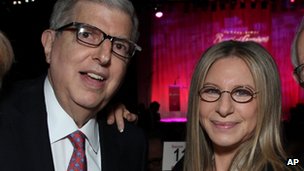