Among the many pleasures of Meryl Streep’s “Fresh Air” interview that aired Monday on NPR is the actress’ discussion of her operatic training during her youth.

Mozart Goes To Africa In A Large Lorry.

Rupert Christiansen applauds a new plan to take a flat-pack version of Die Zauberflöte through Africa.

Benjamin Britten looked down on Puccini’s Tosca. But Sameer Rahim was thrilled by his first taste of the ‘shabby little shocker’.

The Harpsichordist János Sebestyén Has Died.

Purcell And A Pint – Welcome To A New Kind Of Classical Concert.

Maggie Faultless and her fellow musicians from the OAE are on a pub crawl which is changing the way they play and audiences listen.

Composers have a tendency to pop off after their ninth symphony.

Samuel Coleridge-Taylor’s opera Thelma is getting its very belated premiere this week. In 2012, the centenary of his death, will Croydon’s most famous musical son finally get the recognition that has so long been denied him?

Jessica Duchen wonders why isn’t there more music inspired by the works of Dickens.

A new symphony and classic works by Philip Glass. 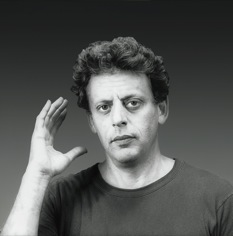 The composer in New York City in 1983. Photograph by Robert Mapplethorpe (http://nyr.kr/zMNliL)