This summer he will be singing lieder, playing Wotan, performing Cole Porter and raising money for charity.

The Critics’ Circle Awards 2012 have been announced, with composer and conductor Oliver Knussen winning the award for Outstanding Musician.

Oliver Knussen: ‘It’ never occured to me that not everybody thought music was the most important thing in life’

As the composer and conductor celebrates his 60th birthday year, he talks to Fiona Maddocks.

Banned by Tel Aviv University, Asher Fisch’s introduction to Wagner’s music for deprived Israelis will be held at the Tel Aviv Hilton.

A second orchestra opens in the Arab gulf, with a cancellation

Not to be outdone by their Qatari neighbours, the United Arab Emirates have announced the formation of ‘a non-profit, community orchestra of excellence’. 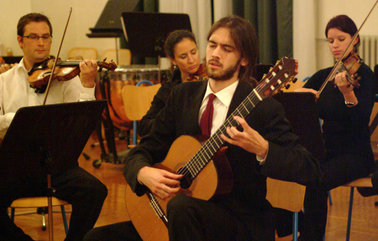