8th May: Mariss Jansons, the ‘War Requiem’ and Noah Stewart

Jazz is celebrated by the stars of music and film

A guide to Pauline Oliveros’s music

Nearly sixty years ago, Pauline Oliveros found her mantra. “Listen to everything all the time and remind yourself when you are not listening”. This simple but transformative thought has filled her life in music.

Mariss Jansons: ‘The notes are just signs. You have to go behind them’

Mariss Jansons is regarded by many as the best conductor in the world.

Noah Stewart: ‘No one gave me the opportunity…I had to work for it’

The American tenor tells Jessica Duchen about his journey from Harlem to grand opera.

A masterpiece? Or an ‘artistic lie’? Controversy surrounded ‘War Requiem’ when it was first performed fifty years ago.

Pope Benedict XVI has long been a classical music fan and in the next few weeks, he will take time out from his schedule to attend two classical concerts.

Gustavo Dudamel to participate at Olympics festival in June

Gustavo Dudamel will make a few appearances this summer as part of the London 2012 Festival, the large-scale cultural celebration running parallel to the Olympic Games.

In his third year as music director, he has taken it in new directions and developed a collegial approach to his job.

Friday night concerts to take place during June and July.

Pianist Yundi is back with Deutsche Grammophon

His first new recording for the Deutsche Grammophon label will be of Beethoven Sonatas, including the Moonlight, Pathétiqueand Appassionato sonatas, due for release later this year. 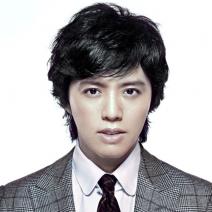