Michael Nyman, who has worked as a film composer for 30 years, complained he had proposed to stage a work in Covent Garden but had been rejected.

Two Italians in London, Claudio Abbado and Maurizio Pollini have won major awards at the Royal Philharmonic Society awards held at the Dorchester Hotel in London on 8th May.

Susanna Eastburn, currently music director at Arts Council England, is to be the new chief executive of Sound and Music.

The L.A. jazz scene will continue to be led by a legend as the L.A. Philharmonic announced a one-year extension to Herbie Hancock’s contract as the Creative Chair for Jazz.

Don’t sing with your mouth full

Opera, of all the art forms, is singularly associated with food, whether because of the appetites of well-girthed singers or the sensual pleasures celebrated in its rich ragout of music, emotion and stagecraft.

Conductor Stephen Barlow talks about his musical career and his new challenge of putting the Buxton Festival on the map.

This year’s Polar Music Prize has been awarded to cellist Yo-Yo Ma and singer-songwriter Paul Simon. Each laureate receives one million Swedish krona and will be presented with his prize by His Majesty King Carl XVI Gustaf of Sweden.

Get with the Proms programme

Bookings opens on Saturday for the classical music extravaganza of the year – from Barenboim on the podium to a stage full of 600 singers. 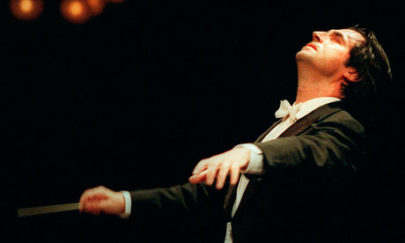