The past year has seen a number of exciting highlights including 9 world-class releases and awards such as the prestigious Diapason d’Or and Choc de Classica. Now, 2012 is shaping up to be a very exciting year for ACCENTUS Music:

A new production featuring Daniel Barenboim sees the pianist perform both of Liszt’s Piano Concertos in a single concert under the baton of Pierre Boulez with the outstanding Staatskapelle Berlin. For both musicians Liszt was one of the most important pioneers of modern music, who influenced revolutionary contemporaries including Robert Schumann and Richard Wagner. Two examples of Wagner’s magnificent orchestral work round off the concert programme which celebrates Liszt’s 200th birthday.

Next year also sees a release with Claudio Abbado conducting his ‘super-league’ Lucerne Festival Orchestra in a recording of Bruckner’s Fifth Symphony. With this work, which combines a sense of intimate composure with strikingly monumental form, the conductor and orchestra toured around Europe in 2011 giving concerts that were described as “exceptional” by the Financial Times and “glorious” by the Observer.

The premiere of Liszt’s First Piano Concerto took place in Weimar in 1855 with Liszt himself at the piano and Hector Berlioz conducting. The impressive partnership of Barenboim and Boulez on this ACCENTUS Music recording reflects the significance of the work’s first performers.

In addition, 2012 will see the theatrical release of a documentary about the St. Thomas Boys Choir in Germany. This film, directed by Paul Smaczny and Günter Atteln, documents the world-famous 800 year-old boys’ choir as it is today. It follows three members of the choir as well as cantor Georg Christoph Biller, accompanying them as they tour South America, coping with the pressures of professional performance whilst also balancing schoolwork and adolescent life.

Next year also sees the continuation of the partnership between ACCENTUS Music and Riccardo Chailly and the Leipzig Gewandhaus Orchestra, with productions of Mahler Symphonies Nos. 4 and 6, following the successful releases of Mahler 2 and 8 in 2011. Both DVDs were praised with the Choc de Classica, while Symphony No. 2 was awarded the prestigious Diapason d’Or. 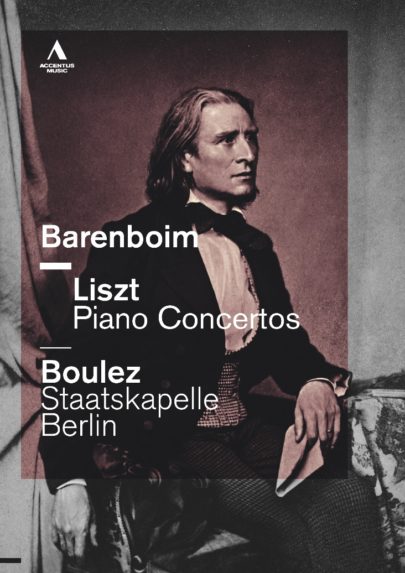