Today, maestro Daniel Barenboim, UN Messenger of Peace, conducted the ‘Orchestra for Gaza’, consisting of distinguished musicians from Staatskapelle Berlin, Berlin Philharmonic, Vienna Philharmonic, Orchestre de Paris and Orchestra of La Scala di Milano, in a peace concert for the people of Gaza. The concert, including works from Mozart, took place this afternoon at the Al Mathaf Cultural House, Gaza.

The ACCENTUS Music documentary team, under the direction of Paul Smaczny, is exclusively accompanying Daniel Barenboim and the musicians for this very special event and filmed the concert with three separate cameras.

Maestro Barenboim commented, “We are very happy to come to Gaza. We are playing this concert as a sign of our solidarity and friendship with the civil society of Gaza.”

This event has been organized by the Palestinian Non-Governmental Organizations Network and the Al Mathaf Cultural House, in cooperation with the Office of the United Nations Special Coordinator for the Middle East Peace Process (UNSCO) and the United Nations Relief and Works Agency (UNRWA)

ACCENTUS Music started its activities in 2010. Establishing itself as a new label on the classical music market, it is also a distinguished production company in its own right with a most experienced team of producers, directors, camera operators, audio producers and editors. Based in Leipzig, a center of classical music, ACCENTUS Music produces worldwide high profile concert and opera recordings as well as feature-length documentaries and portraits. The first DVD releases include productions featuring artists such as Claudio Abbado, Daniel Barenboim, Evgeny Kissin, Joshua Bell, the Lucerne Festival Orchestra and the Símon Bolívar Youth Orchestra.

ACCENTUS Music’s forthcoming releases include the 2010 Nobel Prize Concert with Joshua Bell performing with the Royal Stockholm Philharmonic Orchestra, as well as a celebratory concert of Pierre Boulez performing Mahler with the Cleveland Orchestra. Celebrating the 70th birthday of Martha Argerich in June 2011, ACCENTUS will also release a world premiere of Rodion Shchedrin’s “Romantic Offering” with Martha Argerich on the piano, cellist Mischa Maisky, and the Lucerne Symphony Orchestra under the baton of Neeme Järvi. 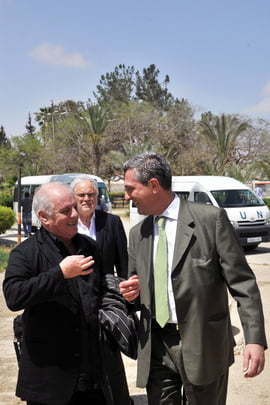