Bernard Foccroulle, director of the Aix opera festival, on the need to regenerate opera through new forms

The Rich Are Different: They Can Sing

One thing that can be said for John Harbison, the composer of an operatic version of “The Great Gatsby” that was revived in concert at Tanglewood on Thursday, is that he was well ahead of the current “Gatsby” craze.

The Bristol Proms: ripping up the concert rule book and entering the 21st century

Meet the most powerful man in classical music: Max Hole. The chairman and chief executive of Universal Music Group International is a straight-talking man and when he speaks it stings like a trumpet blast in the ear.

The BBC is about to begin its Proms coverage, but as TV is an inferior medium for transmitting sound, should classical music be confined to the radio?

James Rhodes: Out of the concert hall and back into the asylum

From the day she burst onto television screens as a Big Brother contestant in 2002, Jade Goody’s life resembled one long soap opera.

The Fine Art of Shooting Conductors 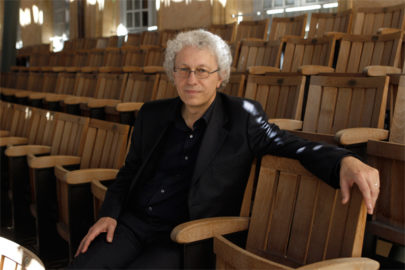