Belcea take on Beethoven, round 2

The second set of concerts in the Belcea Quartet’s Beethoven cycle, once again went down a storm with audience and critics alike.  Some of the highlights include:

“…the Belceas still play like a young quartet, seizing the music’s energy, shocking us out of our seats with every fortissimo. There’s a huge range of colour in their quieter playing”

“The B flat Quartet, op. 18 no.6, was bursting with wit, lyricism and elegance of style; rhythms were buoyant, ensemble flawless and the overlapping dialogues seamless.”

“This was an impressive concert, serious in intention and big on achievement. The audience in the packed Wigmore Hall was rightly enthusiastic. And we have more to come!”

“The Belcea enthralled not only in the lively, Haydnesque opening movement, with a touch of Mozart here and there, but also in subsequent intimations of what we have come to consider ‘late Beethoven’. ”

“This second Wigmore Hall visit in the Belcea Quartet’s touring Beethoven cycle proved to be as riveting as the first; the programme, mixing early, middle and late works as enlightening as ever.”

You can also read more about the rehearsal styles of the quartet in this week’s Classical Music Magazine and the decision to leave EMI in Music Week Magazine.  The concert will be available to listen to on BBC Radio 3 on December 11th.  Stay in touch with the Quartet via their website or facebook. 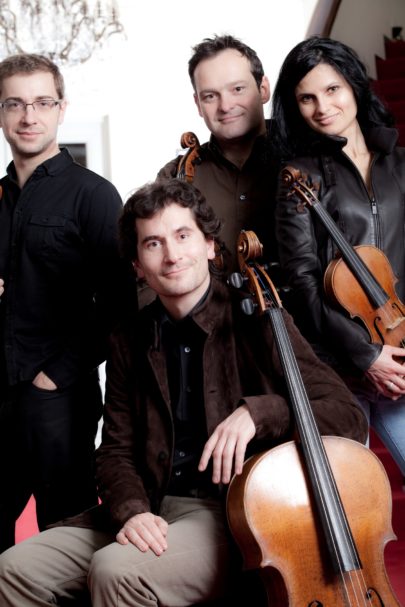