9th May: Benjamin Britten, Sally Beamish and the Proms 2013

Britten’s comic hero Albert Herring: the only virgin in the village

How many operas feature a man who is crowned May Queen because no one can vouch for the virginity of the village girls? Andrew Mellor on Britten’s comic gem, Albert Herring.

Ivan Hewett talks to composer Sally Beamish about giving up the viola, bumping into Peter Pears and her new work, Variations on a Theme of Benjamin Britten.

Booking opens on May 11 for the world’s largest classical music festival — from Barenboim to Bryan Ferry, our critics have the lowdown on the line-up.

A controversial production of a Wagner opera at one of the major German opera houses has been cancelled because of harrowing scenes involving Nazis.

Working with Dustin Hoffman, re-imagining the music of Verdi, and winning Oscars – we caught up with the film music composer behind the soundtrack to Quartet.

Greater Manchester Police is appealing to anyone who has been a victim of an offence at Chetham’s School of Music, or who has further information on any offences committed, to contact them.

Watch the New York Philharmonic for free on medici.tv

A live webcast of the orchestra’s sold-out concert in Dresden takes place on May 14 – available to audiences worldwide for the next 90 days. 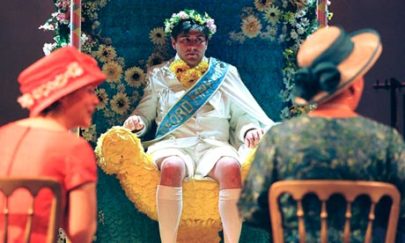