An opera for Auschwitz

Art can’t do justice to the Holocaust’s full horror, but it can ask questions, provoke and remind us. English National Opera’s The Passenger, partly set in Auschwitz, has had mixed reviews.

Shattering boundaries? Can’t we just go to hear the music?

Next spring’s Reverb festival has some great looking gigs. So why the need for fighting talk? Conductor Sir Mark Elder and Imogen Heap on the same bill?

Met Orchestra And New Chief, Out of the Pit

Fabio Luisi has been under the opera world’s microscope since last season, when it became clear that the Metropolitan Opera, which had made him its principal guest conductor in 2010, was grooming him to succeed James Levine as its music director

Lang Lang coming to a cinema near you 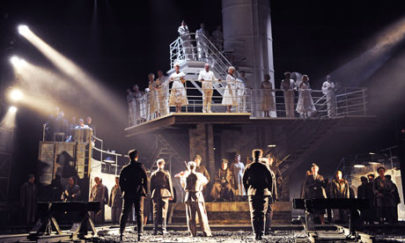