Yorkshire Libraries & Information (YLI) council, at a meeting held at the end of September, decided to ‘to close the [YLI] Music and Drama collection and service as it currently exists.

The Barbican Centre has appointed Angela Dixon as its new head of music. She succeeds Robert van Leer, who left the Barbican in August after 15 years to take up the post of managing director of the Nederlands Dans Theater in Amsterdam, writes Samara Ginsberg.

The tales of Hoffmann at the ‘Nationaltheatre’ Munich.

Should you board a plane now? Yes, if catching A-list singers, in this case the excitable Mexican tenor Rolando Villazón and the German soprano of the moment, Diana Damrau, are a priority.

The First: Debra Craine on Bizet, The Second: Neil Fisher on Mahler… 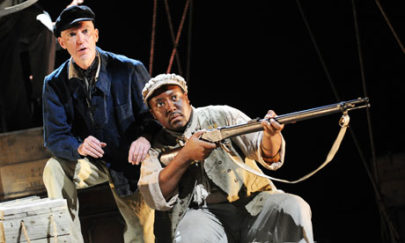