Will the BBC have to cut an orchestra, while TV’s Symphony gets a big fanfare? And an ROH malfunction leaves the sleepwalker short.

Over at Slipped Disc, Norman has linked to a fascinating story from the daily mail hauling out, for Remembrance Day, the question “Whatever happened to John Foulds and his World Requiem”

What makes some works more popular than others?

Paul Mealor writes music that is fit for a Duke

The composer Paul Mealor has done much to make his mother proud. His music has been No 1 in the classical charts. It has also been performed at 9/11 ceremonies in New York and in front of the Queen at the royal wedding in April.

Some silent films take on a new lease of life when they are shown in concert-halls with symphony orchestras providing a live soundtrack. 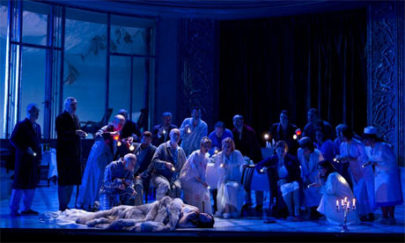