Anna Netrebko’s new album, Verdi, has enjoyed no. 1 chart success in Austria, as well as placing in the pop charts in several other countries in Europe

What’s the best music for the summer time? Here’s a Top Ten suggested by you

When Britten’s world was all at sea: How Billy Budd reflects the composer’s own turbulent times 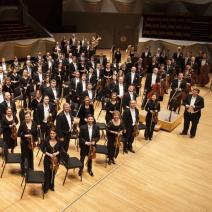