Nominations for the classical music industry’s most respected annual gongs, the Royal Philharmonic Society awards, have been announced

The novelist David Mitchell speaks to Sameer Rahim about writing the libretto for a spectacular occult-mystery-film-opera, Sunken Garden.

Soprano Julia Lezhneva on her fairytale career so far

The talented 23-year-old soprano shares the highlights of her career so far with John Brunning, and talks passionately about Baroque vocal music.

The Incorporated Society of Musicians has formally announced the appointment of music education specialist Richard Hallam as its president, an appointment which will last one year. Hallam takes over from choral conductor Suzi Digby.

The first piano in England 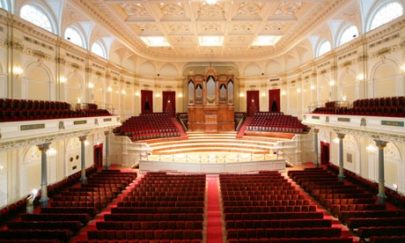