Renowned violinist Daniel Hope is launching his upcoming Deutsche Grammophon album with a concert at Liverpool’s World Museum tomorrow. Spheres, to be released internationally on 15th February, is an anthology of music inspired by the scientific idea of Musica Universalis – the concept that planetary movement creates sound. Spheres features music from canonical composers, such as Bach and Fauré, alongside more recent popular composers, such as Ludovico Einaudi and Arvo Pärt. The album intertwines scientific themes with music, making the World Museum (home to the UK’s only free planetarium) the perfect place to preview works from the upcoming album, with an educational aspect.

The event will be free of charge, and welcomes music lovers of all ages. 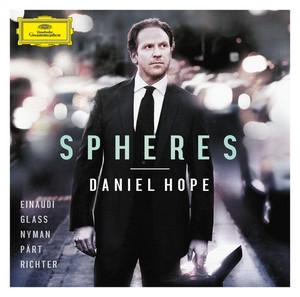