Placido Domingo to receive ceremonial Freedom of the City of London

Spanish opera singer Placido Domingo is in the UK today (16th April) to receive the ceremonial Freedom of the City of London.

Film composer Michael Giacchino has revealed that he wants to hear a John Williams soundtrack for the new Star Wars movie, despite speculation that he would be commissioned to compose it.

Jörg Widmann – On Clarinet, The Composer

Two years ago, in the intimate Rose Studio high above West 65th Street, the German composer and clarinetist Jörg Widmann opened a Chamber Music Society of Lincoln Center concert with a performance of his Fantasie for Solo Clarinet, inspired by commedia dell’arte.

The hidden treasures of Covent Garden: spangles, gilt and a singing green head

Relics from the Royal Opera House and Royal Ballet’s most famous productions are wheeled out of storage for preservation.

The conductor Sir Colin Davis has died at the age of 85. 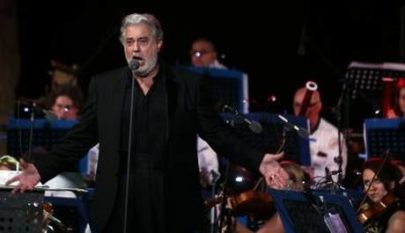