A fascination with cognitive development in babies and children and its link with classical music has often been explored and experimented with by parents, scientists and music aficionados. This week, Classic FM reported on a new study conducted in Israel, which ‘revealed that premature newborn babies are more conductive to development if they listen to the music of Mozart rather than Bach.’

Here at WildKat PR we all began to think of our development alongside classical music and whether the music we listened to as children has affected us today – just how did we get into classical music?

Tania: ‘When I was 9, my Grandma gave me Schubert’s ‘Trout’ with Alfred Brendel playing the piano. I was notorious for never sitting still and it was the first time I lay on the sofa and listened to an entire CD from start to finish: mesmerized!’

Francesca: ‘When I was a toddler apparently I loved ‘The Sorcerer’s Apprentice’ by Dukas (I still do) because it was featured in Fantasia during the iconic scene with the dancing brooms, so I used to watch it on repeat!’

Harriet: ‘I grew up in Italy so had a lot of wonderful exposure to opera, yet the most poignant moment was when our local British vicar played the role of the Doctor in ‘La Traviata’. I thought he was the star of the show! ‘Libiamo’ is still our family’s favourite late night singalong song.’

Victoria: ‘When I was six and I first started the piano my very unmusical granddad sat me on his knees and played me the only thing he knew how to play – one octave of C Major’

Kat: ‘When I was a young toddler, and I was suffering from a cold, my Dad would sit at the piano with me and work out how much lower my singing register was. He would join in too!’

Fleur: ‘I remember seeing the Proms on television when I was about nine and picking which instrument I wanted to play’

Olivia: ‘From a very young age I went to church every Sunday, which is when I heard the choir and decided that I would like the join and learn to sing.’

Francesca: ‘I also loved performing, and played keyboard duets at Primary School in assembly and at local music events with my twin sister; my dad played keyboard and guitar and we wanted to copy him so he taught us. My love for classical music ignited when I started the trumpet aged fourteen!

Tania: ‘When my brother was learning the piano, his book had ‘God save the Queen’ in it. On the page of music was a picture of a beefeater so I thought that was what God looked like.’

Kat: ‘As a family we frequently made chamber music for and with my Nan (she was on the flute, my dad on piano, my mum on viola, me violin and my brother cello’

Harriet: ‘As one of four sisters who all loved making a racket, the natural progression was to stick an instrument in each of our hands forming a string quartet. We were first quoted as ‘sounding worse than Athens traffic’ but gradually improved working with our Dad’s fascination with Schubert to produce a fairly decent sounding ‘Death and the Maiden’, a much more pleasant experience for the neighbours than the day we decided to form a rock band…’

Victoria: ‘My first opera experience was in Prague, I want to see ‘La Traviata’, in Italian with Czech subtitles. It was a long time before I went to another opera…’

Fleur: ‘Both my older sisters were forced to have piano lessons when they were young, but hated it so my parents didn’t want to force me into it, yet I turned out to be the only musical one!’

What is interesting to note is that some first musical experiences have really shaped the music we listen to and enjoy in our adult lives, whilst some have had the opposite effect. Victoria is an opera fanatic yet did not enjoy her first opera experience, Fleur was not encouraged to play an instrument yet was the most musical member of her family; on the other hand Harriet continues to love Schubert after growing up with his music and Olivia continues to love choral music after her years in a church choir. However, our experiences come to shape us, the music we grow up with really does affect us today, defining our opinions and growing our passions.

Share your experiences with us: what’s your first classical musical memory?

We’ve also dug out a couple of early photos of ourselves – can you work out who’s who? 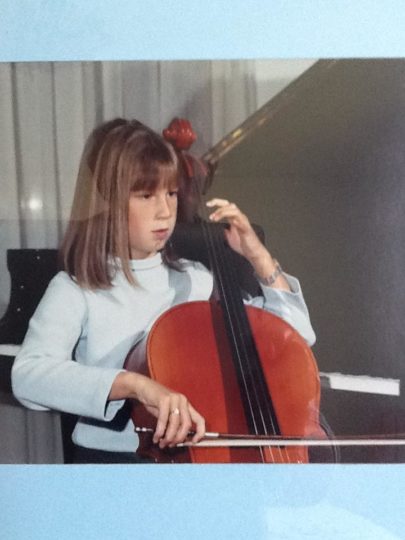 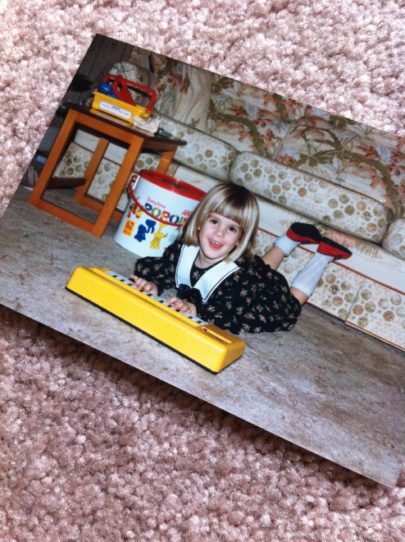 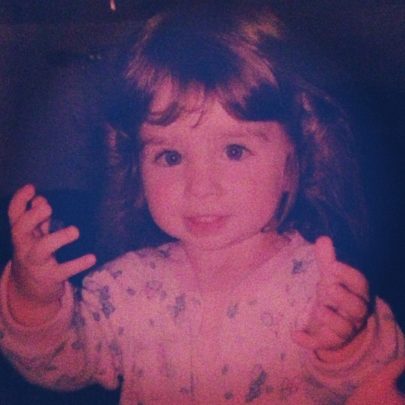