Emily Howard’s eagerly awaited UK premiere of her orchestral work, Calculus of the Nervous System, was a tremendous success at the BBC Proms on 21st August 2012. The piece was first premiered in Vienna by the ORF Radio Symphony Orchestra conducted by James MacMillan. For the UK performance Andris Nelsons conducted the City of Birmingham Symphony Orchestra. Prom 51 has since received wonderful praise.

Emily’s composition was inspired by neural networks and memories; focusing on the working of the human mind, what might be imagined, what might be real and what it might be capable of. She explains that; ‘In Calculus memories occur and recur in different ways… as though being experienced in different states of consciousness’. Tim Ashley from The Guardian expanded on this after hearing Emily’s motivations and watching the performance; ‘One of Lovelace’s aims was the creation of a mathematical model that demonstrated how the brain gives rise to thoughts, and Howard, in response, scrutinises the nature of memory as tone clusters and percussive throbs shift in and out of focus’.

Alongside Emily’s piece, the CBSO also performed Shostakovich’s Leningrad Symphony and Glinka’s Ruslan and Lyudmila overture; an amalgamation that Robert Hugill commented ‘was so diverse… each showed a different side of the orchestra’. ‘Gripping’ and ‘profoundly atmospheric’, Hugill described the result as a fascinating and tantalizing piece; one which was superbly rendered by Nelsons and the CBSO’.

Gaining four stars from both Nick Kimberley for the London Evening Standard and Matthew Lynch of One Stop Arts, Calculus was commended for being an ‘evocative work’ that ‘really made you listen and drew you in’ with ‘moments that were so quietly enrapturing that none of the audience’s vast number dared so much as breathe’. Both reviews complimented the CBSO for showing themselves ‘to be more than a match for its considerable technical and emotional challenges’, involving themselves ‘fully inside Howard’s world’.

Visit Emily’s website for more information about her work:  http://www.emilyhoward.com/ 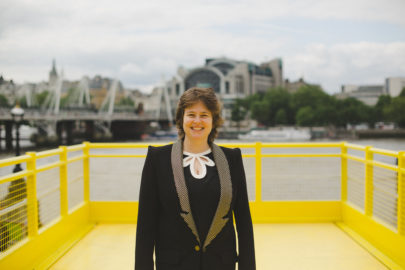