One hundred years ago today John Cage was born: the American composer whose centenary is being celebrated this year with a wealth of concerts, festivals and events around the world.

John Cage’s iconoclastic overthrow of the expectations within classical music is demonstrated by a lifetime of compositions that question the meaning of ‘music’. Thanks to Cage, the twentieth century saw an explosion of innovative performances including amplified cactuses, crumpled paper and pianos filled with nuts and bolts. His provocative and inspiring works hold an incredible potential for discussion and imagination- something explored in the documentary ‘John Cage: Journeys in Sound’ that is to be released by Accentus Music later in September.

The documentary pays tribute to the legendary composer, presenting rare and enlightening archival footage, concert excerpts and interviews with close friends such as Christian Wolff and Don Gillespie.

Shooting from many special locations prominent in his life including his former home of Stony Point, New York as well as Leipzig, the unique footage shows unique episodes, such as pianist Steffen Schleiermacher buying screws to prepare a piano for one of Cage’s compositions and looks behind the scenes at Cage’s publishers.

Accentus Music are at the top of the classical music DVD industry, having not only won an International Classical Music Award, but also 2012 BBC Music Magazine award for ‘Best DVD’.

For more information on the production please click here. 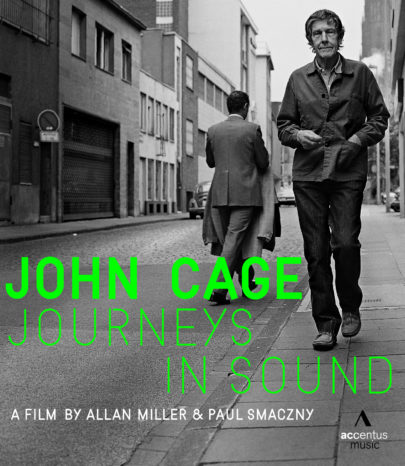