This year’s International Wimbledon Music Festival celebrates ‘ A Musical World Fair’, with musicians from across the globe flocking to South West London for a feast of music-making in November.

Festival highlights include a new production of Stravinsky’s Petrushka, combining a performance from Festival regular Mikhail Rudy with puppetry and live projects.

Celebrating the Festival’s international partners and co-comissioning programme, cellist Zuill Bailey (Artistic Director of the Pro Musica Festival in El Paso, Texas and of the Sitka Summer Music Festival in Alaska) performs with Piers Lane (Artistic Director of the Australian Festival of Chamber Music). Together these festivals have commissioned an exciting new work from Benjamin Wallfisch –  Chopin’s Waterloo – inspired by the paintings and sculptures of the French artist Arman, which will premiere on November 24th.

The Festival’s musical offering also boasts a performance from Alina Ibragimova and her father Rinat, performances by the Nash Ensemble, New Zealand String Quartet, the Rosamunde Trio, Cristina Ortiz, and the Kopelman Quartet.

In addition, this year’s festival sees an exciting performance of Jessica Duchen‘s play: A Walk Through The End Of Time performed by Henry Goodman and Penelope Wilton. The play, which explores the ideas behind Messiaen’s Quartet for the End of Time, as well as the circumstances under which it was composed, is followed by a retelling of the extraordinary story of The Woman’s Orchestra of Auschwitz, told by Anita Lasker-Wallfisch, who survived it. 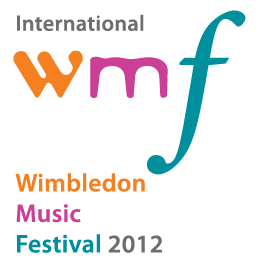