In late 2010, Alessandro Crudele toured South Africa to critical acclaim as a guest conductor with the Joannesburg and KwaZulu-Natal Philharmonic Orchestras. The magazine ‘CLASSICFEEL’ conducted an interview with Alessandro to talk about his role of the conductor in the modern orchestra: 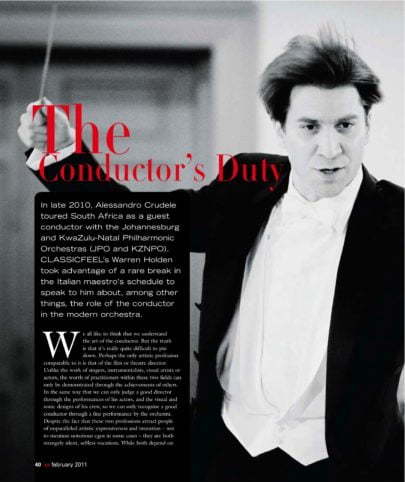 Whilst in South Africa, a documentary was also made about Alessandro, including interviews with both himself and members of the orchestra.