The International Opera Awards 2013 – The Winners

The Berliner Philharmoniker announces its 2013-14 season

The Berliner Philharmoniker has announced its 2013-14 season, including 117 orchestral concerts and four opera performances of which chief conductor Sir Simon Rattle will conduct 57 concerts (27 in Berlin).

The soprano Elizabeth Watts has just released a digital single of ‘Lascia ch’io pianga’ from Handel’s  Rinaldo to raise money for Streetwise Opera.

Fergus Linehan, former director of the Sydney International Festival and head of music at the Sydney Opera House, will take over from Jonathan Mills.

Shakespeare’s Globe is setting up a new youth company to specialise in Jacobean period drama.

The Metropolitan Opera released the performers, dates and places on Monday for the free park recitals it sponsors every summer in lieu of full-scale opera performances, which were suspended after 2007 because of the cost.

It’s worth remembering that the superstar, highly paid musician is a recent phenomenon. Before that, a musician had a status that was more like a cook. 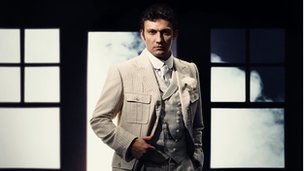