From today LA Phil LIVE “Symphony of a Thousand” will be broadcast to UK cinemas.

The concert being screened was the climax of the recent Mahler Project, which saw Gustavo Dudamel conduct all of Mahler’s 9 completed symphonies and the opening movement of his unfinished tenth. The exciting final concert saw him conduct more than 1,400 musicians in the epic Eighth Symphony – the ‘Symphony of a Thousand’.

For more information, read today’s Independent, and for tickets to UK screenings, follow the links below: 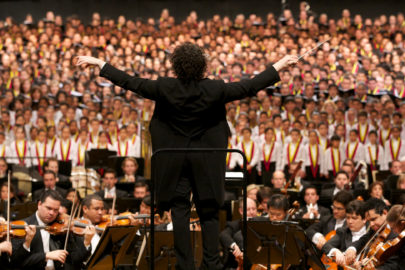