American flautist Linda Chatteron will be performing in the UK’s longest ever lunchtime concert series, at St Martin in the Fields on 18th March at 1pm. The programme will include works by J.S. Bach, François Borne and William Grant Still, along with Ailís Ní Ríain’s chainstitchembroidered and the world premiere of Brian Ciach’s Kentucky Folk Pieces.

The concert at St Martin in the Fields is Linda’s UK debut; she will also be performing in Dublin on 22nd March at the National Concert Hall. In addition to the repertoire at the London concert, Linda will also be performing works by Edie Hill and Kaija Saariaho. Ailís Ní Ríain’s chainstitchembroidered will receive its Irish premiere at the recital. 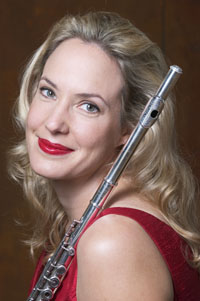