WildKat is excited to announce that one of its clients, the renowned independent school Millfield, will be providing a unique showcase of its musical talent in a rare performance at London’s Cadogan Hall on Saturday 23rd March 2013, at 7.30 pm.

The concert will feature a unique collaboration by pupils and staff including Millfield’s string consultant, So-Ock Kim, one of the leading violinists of her generation, and whose career has seen her perform at Wigmore Hall, Royal Festival Hall and Barbican Hall, London, and as a soloist with the London Symphony Orchestra, the English Sinfonia, Britten Sinfonia, and the Orchestra Filharmonica di Torino. The school’s award-winning chamber choir ‘The Millfield Camerata’ will also perform the world-premiere of a newly commissioned work by composer and former drummer of ‘The Police’, Stewart Copeland.

The work, written for choir and percussion ensemble, is inspired by Copeland’s school days at Millfield in the 1960s and contrasts driving, almost minimalist pulsating rhythmic patterns for marimba, vibraphone, timpani and drums combined with stark open chords in the voices. The composer has said of the piece:

“In the 1960s the Millfield riding school was all about polo on the Kingweston ground. But in winter other equestrian diversions were needed. Down on the flat levels, between the tors, were these irrigation ditches, called rhynes. Old Captain Hearn would have us saddle up and clop down Cow Bridge Road to the lowlands, where we would gallop across the muddy fields and tilt at the rhynes. It was terrifying but somehow fortifying to face the cold wet fear and make a very tangible leap into manhood. Maybe it¹s the association with minimalism but tinkling mallets seem perfect for conjuring up a cold wet day. The interlocking ostinato patterns give a feeling of misty stasis and nothing quite says frozen ears like an icy crotale.”

Tickets to the event start at £15 and the programme for the concert is:

This concert, an inspiring amalgamation of Millfield’s past and present, promises to be a delight for all who attend, presenting the best of the school’s world-class music department and performers, and also a rare opportunity to see some of Britain’s finest young musicians perform in London in such a renowned venue. 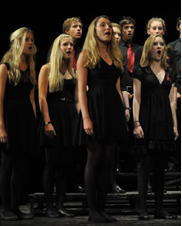