17th July: Philharmonic Beyond the Park, Studies of Sentiment and Music and Hair on a G String

Nobuyuki Tsujii: ‘The piano is an extension of my own body’

This year’s Proms feature a blind pianist who is mobbed by groupies in his native Japan. Nobuyuki Tsujii talks to Ivan Hewett.

Tom Russell and a case of restless curiosity

Tom Russell has a new album out with the Norwegian Wind Ensemble. Here he talks about songwriting, literature, art and why he chose music instead of academia.

A Conductor Puts Himself Out There, Beyond the Parks

Alan Gilbert Shapes a Legacy of Change at the Philharmonic

‘Horrid’ music: The dark side of the concert hall

The idea that classical music ought to be ‘nice’ has gained an alarming currency. Thank goodness, then, for ‘uneasy listening’ numbers performed at the Summer Baroque Festival

Proms 2013 (or how to enjoy 75 concerts for absolutely nothing)

The Festival that reaches well beyond “the sea itself” launches in style.

Minor music is sad, and major music is happy, right? It’s never been that simple – and a new study sheds more light on the link between music and emotions. 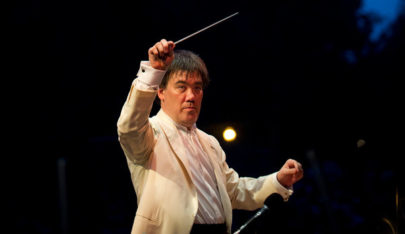