Opera Australia, Australia’s premier opera company, opens its UK screening season tonight. The season is starting with a spectacular production of La bohème, which was met with critical acclaim on its performance in Australia. It is set in Weimar Germany and the influences of Hollywood can be seen in its undeniable glamour, but the impending doom of a world on the brink of disaster also gives it a fragile quality. Here, the glitter of the Spiegeltent provides a decadent veneer over the hand-to-mouth existence of the era. Café Momus becomes a cabaret joint, all mirrored panels and carnival colours, populated by characters inspired by the paintings of Otto Dix and George Grosz.

It has a strong cast of international repute, including Ji-Min Park, Taryn Fiebig, Takesha  Meshé  Kizart and  José Carbó. It is conducted by Shao-Chia Lü and directed by Gale Edwards. The running time is 130 minutes including a 15 minute interval.

The screenings are taking place at over thirty towns across the UK. For more information and a list of sites set to screen the series please visit here. 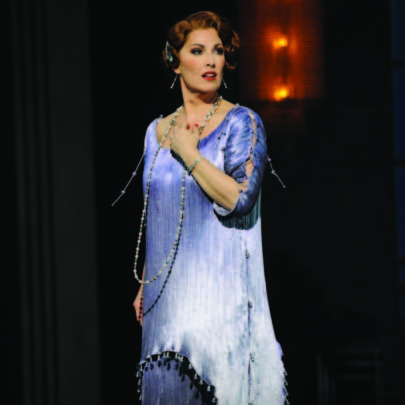