After much controversy and deliberation, the national music curriculum has been overhauled in order to inspire and engage pupils to develop a love of music and their talent as musicians. Music is a universal language that the majority of children and teenagers have a significant interest in, especially popular music, so why has it taken so long for this important and critical change to happen to music academia in schools? Of course, here at the WildKat office, we have all grown up with classical music and believe that the foundations in theory, composition, listening skills and the ability to read, play and sing music are just as important to the national curriculum as fine arts, sport, drama and creative writing. Despite the fact that some might say that these changes should have been implemented a long time ago, we are delighted that the government has realised the importance – and fun – of learning the basic skills of music to develop in years to follow, along with the history and the ways that it is produced and communicated.

The aim of the new national curriculum for music aims for pupils to develop a critical engagement with music, allowing them to compose and listen with discrimination to the musical canon. All pupils will perform, listen to, review and evaluate music across a range of historical periods, genres, styles and traditions, including the works of the great composers and musicians. Most children and teenagers will recognise great works in classical music, without even realising the great composers who wrote them or the works that they are from. Prokofiev’s Dance of the Knights from his work Romeo and Juliet is identified as the theme to The Apprentice, British Airways is evoked to memory when Léo Delibes’ Flower Duet from Lakmé is heard, and many children will sing along to the music of the Lloyds TSB advert, with teenagers dancing to the dub-step remix, without having any knowledge that it was composed by Australian composer Elena Kats-Chernin and is a piece of classical music. With the introduction of a more deep and engaged curriculum, young children and teenagers may be more intrigued to discover more about the classical works that they hear in everyday life.

Another modification of the national music curriculum is that by the age of seven, all pupils will be able to read music. Having been taught music from early ages – see our previous blog here – we believe that the ability to read and make music is something that should have been incorporated into the national curriculum a long time ago. Music is an art form, which is used in everyday life – from television to films, advertisements to jingles, even in lifts and during travelling – and it is the universal language that the curriculum describes it as. Michael Gove describes the change as a ‘ tougher, more rigorous national curriculum’ that will ‘raise standards across the board and allow our children to compete in the global race.’ With musical protégés popping up younger and more frequently across the world, it is crucial that children in the UK are provided with more equal opportunities to not get left behind.

There have, however, been some concerns over the changes, with “expert groups” advising the Department for Education criticising the change of learning through doing to acquiring knowledge of music, as well as an over-emphasis on the “western classical tradition” and the lack of music technology in the primary curriculum. However, some may argue that is it the core skills and canonical composers that are most crucial to the foundations of music, and more in depth and extensive skills and knowledge can be explored beyond Key Stage 3.

For classical music enthusiasts, the changes to music education are overall quite positive and provide young children and teenagers with the skills and abilities that are only given to a select few pupils who are able to pursue music beyond the classroom. Perhaps more people across the nation will see classical music as more accessible and engaging through the new national curriculum, safeguarding its prominence as an art form in years to come. 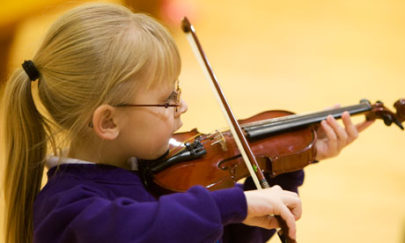