Nina Stemme: ‘I am always questioning myself – could it be better?’

The Swedish soprano is the outstanding Isolde and Brünnhilde of her generation and, in July, will sing the latter role in the first-ever complete Ring cycle at the Proms. Here, she reveals how she climbed the Wagnerian mountain.

All theatre requires some form of collaboration. For nearly ten years, Katie Mitchell, a British theatre director, and Leo Warner, a video designer, have been working together on genre-defying operas and plays.

From Bach to Stravinsky, electronic music, and folk tunes, Einaudi reveals the inspiration behind his latest compositions in an interview with Margherita Taylor.

On 29 April 2013 a group of writers, composers, contemporary opera creators and producers gathered together at the Barbican’s Pit for a one day conference. 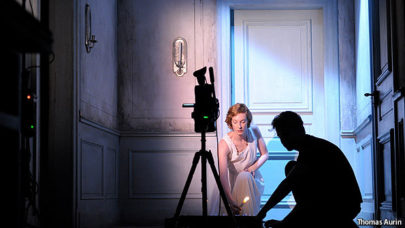