A guide to Karlheinz Stockhausen’s music

Our contemporary composers series ends with the most divisive figure of them all: Stockhausen.

Mitsuko Uchida: The plight of the music prodigy pushed too far, too fast

The composer Steve Martland has died at 53

His music, which acknowledged few boundaries, often led him to collaborate with players outside the classical world, and is characterised by its vivid rhythmic life and frequently involves amplification.

Following revelations of historic sexual abuse at Chetham’s School of Music, a Channel 4 News investigation hears reports of inappropriate behaviour at all five of the UK’s specialist music schools.

John Wallace to retire from RCS in 2014

John Wallace has announced that he will retire as principal of the Royal Conservatoire of Scotland in September 2014, after 12 years in the post.

That the recorder is so ubiquitous in modern life we owe mainly to one man, Carl Dolmetsch. 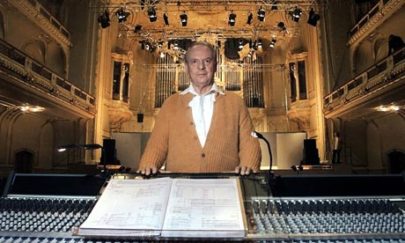