A guide to Galina Ustvolskaya’s music

The Russian composer’s brutally uncompromising work has an elementality that’s both horrifying and thrilling.

The Firework-Maker’s Daughter is a smartly gift-wrapped musical entertainment which won’t put a child off opera for life, says Rupert Christiansen.

Margaret Thatcher: An inspiration to artists?

Has any other post-war politician provoked so much artistic output?

From The Back Desk – Gavin Edwards, Orchestra of the Age of Enlightenment

In the first of a new series of interviews, we talk to the OAE’s Gavin Edwards about the real life of an orchestral musician. Horn player, Haydn fan and partial to throwing a TV out of a hotel window?

Pianist and lieder accompanist honoured for ‘unstinting championing of So
ng’.

The Gazette (via Arts Journal)

OSM officials are denying that Kent Nagano will be on his way in 2016 – without quite affirming that the Californian conductor is planning to stay. 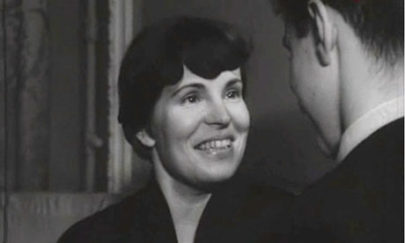