Maestro Verdi, your Art must not die

He gives music to the emotions … tenor Rolando Villazón on singing and listening to Verdi in his bicentennial year.

The Chancellor should stop discriminating against visiting foreign musicians and artists by denying them tax breaks which are offered to top foreign footballers and athletes, leaders of Britain’s biggest orchestras say today.

Magdalena Kozená: Simon Rattle’s wife on singing with the enemy

Kozená is about to do something few singers are privileged to do: give a recital at the Staatsoper accompanied on the piano by Barenboim.

The London Symphony Orchestra honours its former president and principal conductor on June 16 and 18.

Alexander Neef, General Director of the Canadian Opera Company, recently announced the company’s 2013-2014 season. It expresses not only a vision for the COC, but of opera’s role in the cultural fabric of Canada’s largest city. 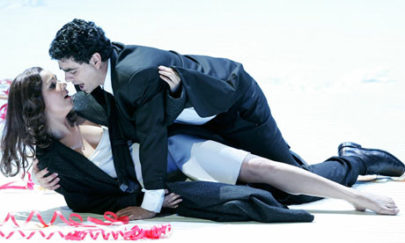