Life as a page-turner: is this the worst job in music?

“If you do a brilliant job, you’re completely anonymous,” says the pianist Steven Osborne. “If you make one mistake, there’s nothing you can do redeem yourself. Everyone will remember.” But Osborne isn’t talking about his own job.

Scottish Opera follows its 50th anniversary season with 181 individual performances lined up for 2013/14.

A new Jazz Award is also added to the established classical competition.

Academy of St Martin in the Fields celebrates Britten: Cadogan Hall, 23 May

The Academy of St Martin in the Fields will give a concert celebrating Britten’s centenary at Cadogan Hall on Thursday 23 May, including a new work by Sally Beamish, Variations on a Theme of Benjamin Britten.

Masterclass & Co are having another study day in their Divas and Scholars series.

As the euro zone’s economic outlook continues to deteriorate, growth advocates hope their messages may finally be heard. 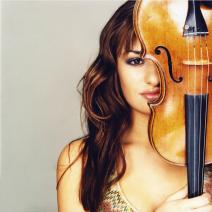