What would Mozart say? BRAVO!

Over the weekend we came across the Daily Mail’s criticism of the English National Opera’s production of Mozart’s Don Giovanni. With the headline ‘What would Mozart say?’ the anonymous reporter does a good job of blowing some aspects of the production completely out of proportion.

The Daily Mail have slated director Rufus Norris for presenting the lecherous Don Giovanni as a serial rapist, something which is perhaps implied in Mozart’s opera.  Of course, this would never have been put on the stage in 1787 when the opera was first premiered, but this approach to the character of Don Giovanni can be justified by Donna Anna’s cries for help in the first scene, rather than simply being labelled a gross misinterpretation.  Indeed, in artistic interests a fresh take on the opera should be encouraged, in order to ‘push the boundaries of how Giovanni’s character can be interpreted.‘ – Rob Sharp, Independent 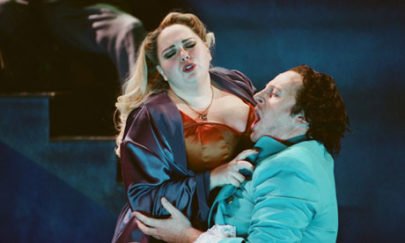 Clearly the Daily Mail did not share this view.  Reading some of the comments added by Daily Mail readers, it did make me wonder how many of them have been to see the opera to enable them to form such damning opinions. One reader mentions the regular portrayal of violence against women on television, going on to say that they are “deeply disappointed that the ENO should stoop to such a thing”. Why is the audience more accepting of violent crimes on the modern medium of television, but outraged when they appear in the traditional medium of theatre and opera?

Perhaps the cheapest criticism is that ENO are simply using the shocking scenes as a way to attract a larger audience – I’m sure if you put this to the opera’s director he’d have something to say about it: does his artistic vision count for nothing in a world where apparently all that matters is bums on seats?

In my opinion, ENO’s Don Giovanni is one of the most exciting operatic productions I have seen in a long time. I thoroughly enjoyed it and my only criticism would not have been of their depiction of the lead character, but of the moving set and the commotion it created on stage, which sometimes distracted the audience’s attention from the singers.

In the face of serious budget cuts for the arts, organisations are going to have to look for new ways to build up their revenue and appealing to a new audience is going to be the best way to achieve this. ENO’s translation, set, costume and direction all had a modern flavour which portrayed the comedic and serious moments of the opera in equal measure. If anyone left the production thinking “gang rape is cool and fun” (as Arkley Barnet suggests ENO are trying to get their audience to do) they probably were not in the right frame of mind in the first place.

English National Opera should be praised for trying something that is outside of the comfort zone of the stereotypical opera-goer.  Their under 30s scheme Access All Arias is clearly a roaring success, as (on the evening we went, at least) a huge percentage of the audience were in their twenties, and the comments I heard from more senior audience members were also ones of intrigue and, on the whole, praise.

So what would Mozart say? Mozart’s operas (unlike his money-making piano concerti) were his true artistic outlet, and when it was premiered Don Giovanni would have shocked and frightened the audience with the dramatic depiction of Don Giovanni being dragged to hell. I imagine Mozart would have enjoyed seeing someone pushing boundaries and challenging their audiences.

To commenters such as Elmartino (“The producers might consider this trash “pushing the boundaries of opera”, I see it rather as trivialising and debasing one of the greatest of operas. A work of genius turned into tacky sensationalism.”) and Diana Pohlmann (“[I] Fail to see how this offensive production ‘breathes new life’ into opera. It just the result of juvenile youths indulging in the modern cult of violent sex for the sake of it. Certainly not a production that would win favour with either Mozart or those who appreciate his music.”) I’d suggest you buy a ticket and make you own mind up, not just react to sensationalism in the press. You never know, you might enjoy it. 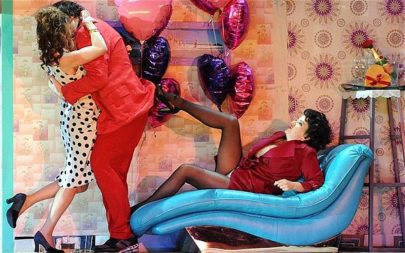