A few weeks back, the WildKat team began an investigation into people’s views on classical music by visiting the Royal Albert Hall and asking the queuing prommers various questions. Thanks to everyone who answered us; we had some very interesting and thought provoking answers from you all! On the first day, our initial question was:

‘What made you first come to see a BBC Prom?’ (click to see the video)

The most frequent response to our first question was that the BBC Proms is such good value to be able to experience live music in such a unique atmosphere. Yes, it is a standing ticket, but at only a mere £5 a ticket to see such prestigious performances in the Royal Albert Hall, no one is going to complain!

After researching into other venues, it is clear that this is exceptionally cheap. An average ticket price to see the LSO perform at the Barbican in September is £20. And at the Wigmore Hall, to see the Razumovsky Ensemble would set you back at least £15. The big question to ask is should there be cheaper live music available? Would more people listen to live classical music if it were as cheap as promming and, in turn, be more knowledgeable and keen to learn more about classical music? And if there is cheap, live music available, why isn’t it more in the public eye?

However, there are a few schemes for the ‘under-30s’ where by the younger generation can purchase tickets in advance at a fraction of the normal selling price. Access All Arias (AAA) is a scheme run by the ENO for 16-30 year olds, or full time students. You can buy tickets to see the opera from only £10, where they could usually be up to £80 – amazing!

If performances and concerts were cheaper, maybe the classical music world would begin to lose this ongoing stigma of being only welcoming to the upper classes, elitist, older generation. But, on the other hand, maybe classical music does just appeal more to the ‘older’ generation, and the under-30 population just aren’t as keen to see performances and concerts. Are these schemes the best way to encourage people to attend concerts? Should classical music generally be cheaper to everyone as supposed to just the younger viewers? Maybe even more people above the age of 30 would got to see live classical music if there were offers for older people. Generally, a big factor of attendance to the BBC Proms was the exceptionally cheap prices, but can this be applied nationwide to other such fantastic events? 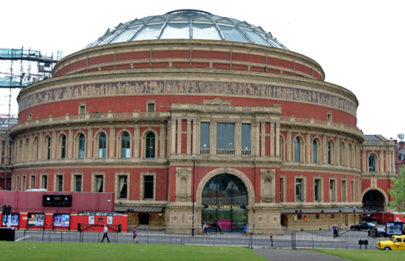