Last year Baritone William Berger achieved critical acclaim for his debut album Insomnia: a Nocturnal Voyage in Song, which was selected by Guardian critics as one of the best classical albums of the year.  2012 also saw William make his debut in the title role of Monteverdi’s L’Orfeo with La Nuova Musica and tour Scotland with the Scottish Chamber Orchestra. In 2013, William will be releasing his new album with the SCO featuring arias by Mozart, Haydn and Cimarosa. He will also be performing a number of concerts throughout Europe.

On 19th July, William will be singing at the Paxton Music Festival in Berwickshire, Scotland. This festival was formed in 2006 to present high quality performances of chamber music at Paxton House. Since then, the Festival has grown from a weekend of concerts to a ten-day event, bringing international artists to the Scottish Borders such as Joanna MacGregor; Steven Osborne; as well as the Doric, St Petersburg, Edinburgh and Heath Quartets. William will be performing a mixed programme including Gypsy Songs by Dvorak, Dover Beach by Barber and Death and the Maiden by Schubert. Shortly after he will perform Bach’s B Minor Mass in Canongate Kirk in Edinburgh accompanied by Ludus Baroque, a baroque chamber orchestra founded in 1997 by Richard Neville-Towle.

Every September since 2006, the American Military Cemetery in Margraten, Netherlands holds an open-air concert to remember and honour the Allied soldiers who gave their lives for our freedom in World War II and to celebrate the liberation of The Netherlands.  On the 8th September William will perform Mozart’s Requiem at this concert alongside Philharmonie Zuid-Nederland, conducted by Roberto Rizzi Brignoli.

Later in the year, William will head back to England to perform Bach’s Magnificat and Handel’s Dettingen Te Deum at St John’s Smith Square, London with the City of London Choir, and “Music For a While”, conducted by Hilary Davan Wetton on 14th November.

Along with these concerts, William will also be performing The Kingdom by Elgar at Guildford Catherdral with the Surrey Festival Choir and Orchestra on 6th July, Dixit Dominus and Apollo e Dafne by Handel at the Haddo Arts Festival in Aberdeen on 5th October, and Weihnachts Oratorium by Bach in Edinburgh with Ludus Baroque on 3rd December, and Handel’s Messiah at the Waterfront Hall in Belfast on 13th and 14th December.  William will perform Messiah once again at Santiago de Campostela in Spain with the Real Filharmonia Galicia, conducted by Paul Daniel. 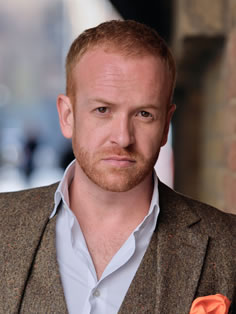