This weekend, Graham Rickson published a review on The Arts Desk of William Berger’s new album, Insomnia: A Nocturnal Voyage in Song, a collection of nocturnal Leider reflecting as Graham writes, ‘a sleepless night endured by a man lamenting his lost love’.

Put together by William himself, alongside his coach Nico de Villiers, Graham Rickson comments that although ‘what looks on paper to be an unlikely mixture of songs’ due to the diversity of music composed by Wolf, Gounod, Debussy and Vaughan Williams, the programme ‘makes complete sense in William Berger’s recital disc’ and ‘gains extra poignancy’ after reading William’s previous blog on The Arts Desk.

‘You’ll be beguiled by Berger’s voice and entranced by the more left-field musical choices’, he comments, also marking particular mention to three songs by English composers on the album, deemed ‘pure gold in the hands of Berger, including Warlock’s The Night: ‘a stunner, as are two rarely-heard songs by Vaughan Williams and Richard Rodney Bennett’. Earlier in the night’s progression, William’s interpretation of Debussy’s Nuit d’étoiles ‘is sung with selfless delight’ and Raymond Yiu’s recently composed Sonnet ‘melts seamlessly in to the mix, the backward glances enchanting’.

Later in the song cycle, as Morgen marks the end of the night’s turmoil, Rickson emphasizes how the incorporation of a short Gounod piece as one of a couple of encores, works to ‘leave one feeling invigorated’ by William’s superb amalgamation of beautiful and deeply introspective music. 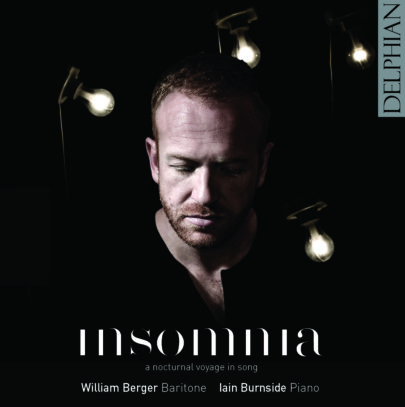