Where should the Arts Council make its cuts?

Rupert Christiansen applauds the resilience of the arts in the face of financial adversity and offers some suggestions as to how best to cope with the latest five per cent cut to the budget.

John Tavener: ‘The days of seven-hour pieces are gone’

Crippling illness has transformed John Tavener’s relationship with music. As his new works premiere in Manchester, he tells Tom Service about how pain has remade his composing, why he finally gets Beethoven – and why he is no spiritual superstar

When Martyn Brabbins panted his way over the line in 863rd place in the Stroud half-marathon a few years ago, most onlookers would have thought it a commendable feat for a middle-aged orchestra conductor, but an inconsequential one.

Robert Schumann met a wretched end. He died in a lunatic asylum where he thought the nurses were feeding him human faeces

Piano maker Steinway is to be acquired by private equity group Kohlberg for $438 million (£288m). 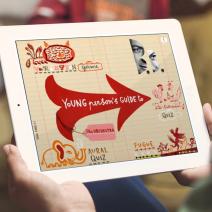